In a world first, this study evaluates radio advertising effectiveness in detail in terms of revenue return on investment (ROI) across a broad dataset. The results are based on an analysis conducted by Holmes & Cook of confidential ROI data supplied by nine econometrics agencies representing all major media agency groups, covering over 2,000 individual media campaigns across 517 separate advertising campaigns. The campaigns covered ten major sectors, and used a variety of multi- media combinations. All data were supplied direct by the agencies, and unbranded to preserve client confidentiality.

On average radio advertisers get their money back 7.7 times over, although some categories show exceptional performance, notably automotive and retailer brands, as well as impulse products. This makes radio the medium with the second-highest return on investment (TV is first), out-performing press, outdoor and online.

When the creative analysis from radioGAUGE studies is included, we see that the radio campaigns most likely to out-perform the average are those which have standout, present their message clearly and are seen to fit well with the brand. In terms of media planning, it is coverage rather than frequency which boosts radio ROI – there is a strong statistical link between these.

Perhaps most importantly, this meta-regression analysis allows us to assess the “multiplier effect” which different levels of radio spend have on overall campaign effectiveness. This reveals that brands which reallocate more of their ad budgets to radio see significantly higher returns in terms of overall campaign ROI.

Currently radio carries 6% of all advertising budgets, but this study demonstrates that if budgets were reallocated to give radio a 20% share of total spend – with no increase in overall expenditure – the total campaign ROI raises by over 8%.

For the top 100 radio advertisers, this is equivalent to recouping over £1.4bn additional return on their investment.

Radio has established itself as an effective advertising medium in the UK, and the Radiocentre holds over 600 case studies demonstrating this. Radio’s strengths mainly lie in the way it is consumed:

It seems to be this unique consumption pattern that, when underpinned with the important emotional support role radio plays in people’s lives, gives radio the “multiplier effect” which has been demonstrated many times in the Radiocentre’s major studies, notably:

Recently however there has been a dramatic change in the media effectiveness information available to advertisers. An ever increasing need to justify media investment is leading to marketing activity being analysed in far more detail than ever before, particularly in terms of identifying cause and effect. As a result, all the major agency groups now have econometrics specialists, and the effects of individual media within the media mix are being continually measured – albeit in confidence, and using slightly different modelling approaches in each agency.

To meet these objectives we needed data which would:

An initial consultation revealed a major challenge to these goals – no single econometrics agency held enough data about radio campaigns to tolerate this depth of analysis. The ground-breaking solution we developed was to pool all available radio-related ROI data held by the main agency groups to allow detailed central analysis to be conducted and underlying patterns revealed. There were two main stages to the study in order to ensure that it delivered against these requirements.

The conclusions of this study are clear: radio is currently underinvested in by advertisers.

The Radio ROI Dataset highlights a distinct imbalance between ROI delivery and level of investment by medium – radio receives the lowest share of media budgets yet achieves the second highest ROI. 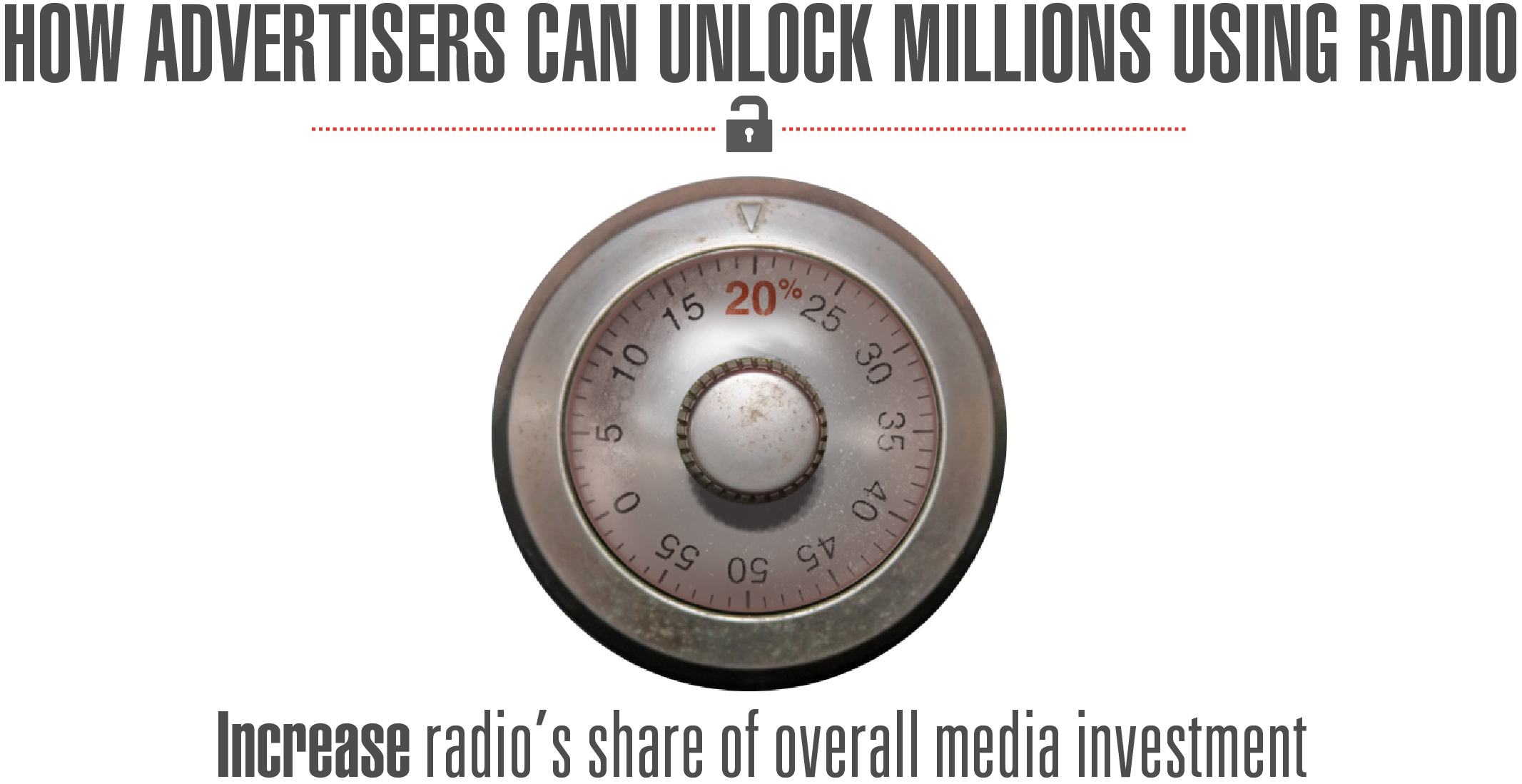 At a wider level, radio is demonstrated to deliver significant improvement in overall campaign ROI when used optimally. To exploit this effect fully and unlock significant gains in untapped revenue, advertisers should consider: 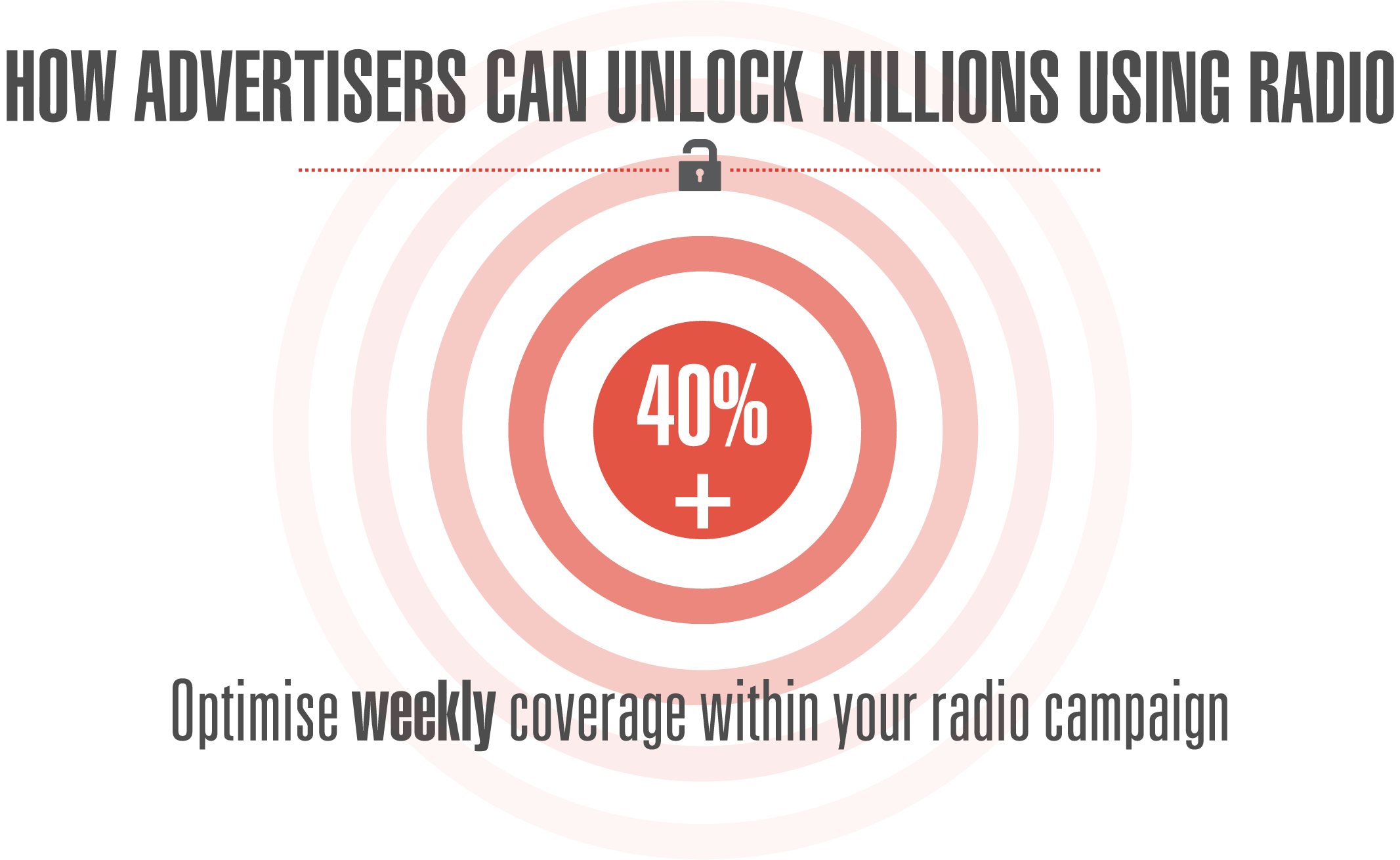 This study highlights how understanding radio campaign delivery is an important variable in optimising radio ROI, yet detailed data about campaign weights doesn’t always bridge the gap between buyer and econometrician.

In consultation with our partner agencies in this project, the Radiocentre and J-ET are working to develop a campaign outputs report to feed into econometric analysis which buyers will be able to share at the press of a button.

It is anticipated that this will be launched early in 2014 and incorporate information along the following lines: 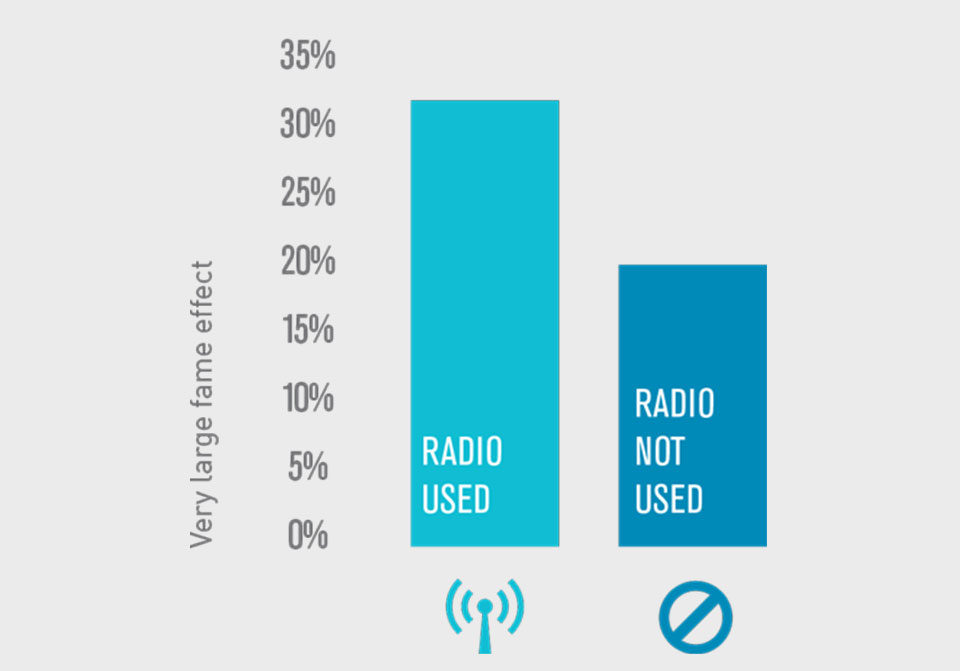 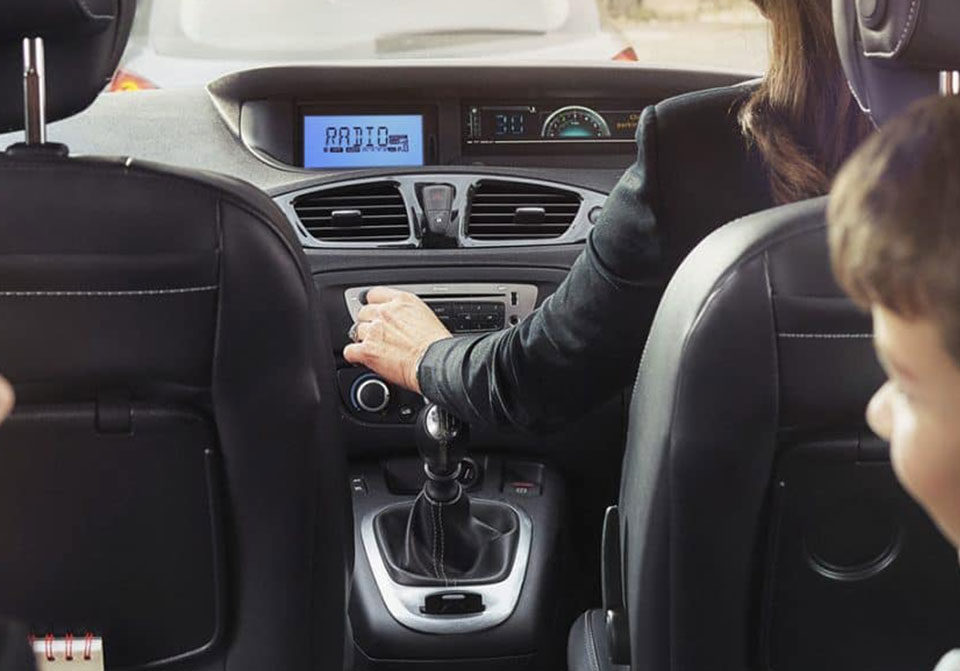 Grow your business with radio advertising 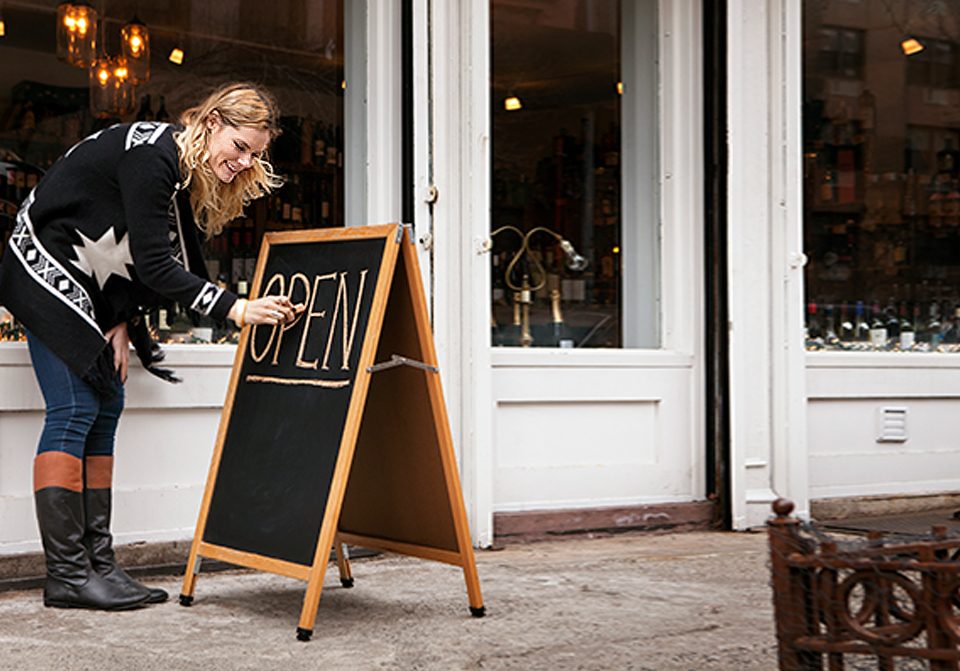